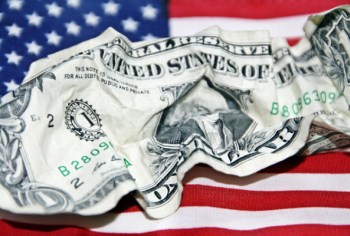 In the spring of this year, newspapers from all over the world carried sensational news: “A 99-year charter (lease of money machine) of the Federal Reserve System (FRS), given to it in 1913 by the U.S. Congress, expires on December 21, 2012”.

As a result of the long-term purposeful, perverted and injurious activity of many outstanding minds, expense of huge amounts of money, incredible efforts, organization of several world wars, the U.S. dollar has become the world currency and there has appeared the FED which must constantly ensure the U.S. dollar glut. This gives to the FED owners the fantastic opportunities, as the dollar glut is an article of commerce, and on profitability, exceeds any other type of making money. For example, production of 100-dollar bill costs only 3 cents or slightly more.

Now, contrary to the objective laws of economy, the “economic game” principles, established by the countries dependent on U.S. dollar, have led to the creation of the literally virtual economy. On the basis of illusion that money can make money without going through the stage of commercial production, there was created a vicious financial circle, disconnected from the real economy. 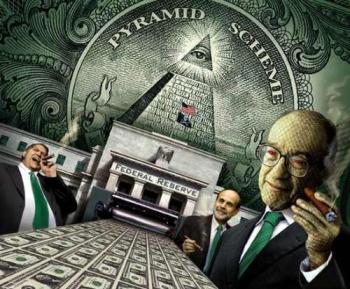 Thus, since 1971 the FRS (and the United States themselves), are the world’s parasite rather than the world’s banker. In the world there are only a few countries, whose central banks are not directly related to the global financial system, built and controlled by the Fed. On the verge of September 11, 2001 events – unknown terrorists’ attack on New York City skyscrapers – in the world there were only seven (!) countries whose central banks were not under the financial control of the Fed. These countries were Afghanistan, Iraq, Sudan, Libya, Cuba, North Korea and Iran.

In other words, only Central Banks of these countries did not apply the Currency Board System. What is this system? It can be described as such by: all the commitments of the Central Bank of any country (i.e. its monetary base) are completely covered by a certain foreign currency reserves – mostly in dollars. I.e. national currency is directly linked to volumes for Treasury dollars.

By 2012, Iraq and Libya were defeated; Sudan is divided into two parts; Afghanistan is occupied; a “Damocles’ sword” of international sanctions is hanging over Iran and North Korea. And what will happen with the United States and the world on December 21, 2012? Just a little time left before the “surprise”, prepared by world bankers. 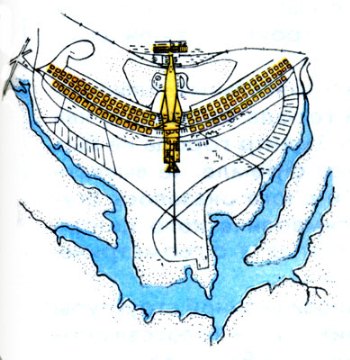 As the phrase goes, a man proposes, but God disposes. What will happen with dollar after all? The bio-energetic specialist Galiya Kerey knows about it: “Initially, the dollar as money resource, on its mission, should have play a positive role. However, the U.S. dollar became such as it was made by the Fed and nowadays this system goes to its logic end. Over time, management of the world financial system will pass to Brazil – to the capital of this country, Brasilia. Supreme Powers are carrying out energetic purification of this capital (and country as a whole), preparing a basis for its future blossoming as financial center of the world. It is no coincidence that this unusual city of the XX century, constructed in the form of plane, is entered on the UNESCO World heritage list. 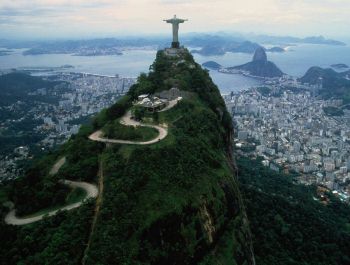 Values and symbols of the present world will become a thing of the past, including the statue of Christ at the top of Corcovado Mountain, in Rio de Janeiro, which is considered as a symbol of Brazil and one of the new wonders of the world. This statue will collapse – it is an energetic barrier to ingress of the new natural gas. In general, so-called wonders of the world will collapse in the course of approach of the new seventh Lunar Era. Several years ago there was information from the Moon level on the collapse in the near future of the Great Wall, pyramids, etc. worldwide. And quite recently some news sorces have reported about the collapse of a 36-meter site of the Great Wall (they say it is because of pouring rains – as though there have no been heavy rains earlier)..

If dazzling prospects are awaiting the Brazilian capital, then, on the contrary, the unenviable future is awaiting the capital of Australia. As a result of climate change, Lake Dum will be formed in the place where the Australia’s capital city, Canberra is located now. Not without reason in 2003 as well as in 1983, Canberra, the Australian capital city, was heavily affected by the wildfires raging in the suburbs of the city. This man-made city was built in one of the anomalous zones that there are a lot of them in Australia. However, Australia as well as Brazil is under Supreme Powers’ protection: the updated dollar will be printed just in Australia. Moreover, there is a chance that people can prepare themselves in advance for cataclysms, including in Canberra. The main world information management will be in Almaty – energetic center of the Earth and the acquisition center of the information coming from Supreme Powers”.