On the eve of the Asian Winter Games in Kazakhstan we published the information from the institute directed by Galiya Kazhgaliyevna Kerey. Our article was named «Vancouver Syndrome or Problematic Asiade». In particular, in that article was said that «the Winter Games are in their declining phase. The recent example is that of the Games in Vancouver, which were close to a failure, when on the eve of the Olympiad, this skiing resort had been inundated with heavy showers. In virtue of the caprices of the Nature the authorities had to import the snow using the aircrafts. 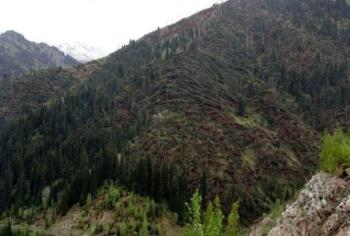 However, certain games, such as snowboarding competitions, have been removed from the schedule. The continuous rains haven’t allowed to plan everything in due manner, to organize the main competitions, and the rains have even confounded the cards of the strongest teams, which found themselves behind the weak teams. Of the disasters due to the natural phenomena came to make part the failures in the organizational context, and tragic accidents. In the upshot, the Olympiad has been muffed, and the experts have defined it as the worst one. The man presumes and Supreme Powers disposes and the Asiade in Kazakhstan may not take place because of the changes of the Nature, and of the non-readiness of the sportive objects. Consequently, there won’t be any advantage for the economics and sportive prestige of the Country».