Solution to the asteroid’s puzzle 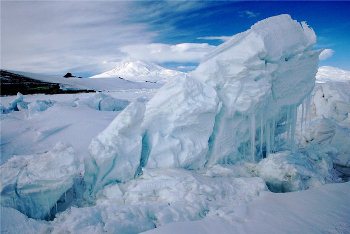 As long ago as 2002 in the newspaper’s articles entitled «Asteroid» (SolDat, №17 (75), №18 (76), 2002) was published the information, from the bio-energy specialist Galiya Kerey, about the energy asteroid which will make disappear Antarctica. At that instant this information sounded as a fiction having nothing to do with reality. As a matter of fact, the majority of the information received from Galiya Kerey at first sight seems to be precisely this – unreal and possible only in the remote futurity. However, upon the expiration of some time the picture previously deemed to be unreal acquires concrete terrestrial contours.

The main point of the information consists in the following: The entrance into the «underworld» of the dark powers is located underneath the ice sheet of the South Pole, whence the black energy is spread all over the world. The so-called asteroid represents a concentrated clot of energy, which was sent from the Moon’s surface to Antarctica on the 11th of September, 2002. As it was evident that this clot has transpierced the ices of the Antarctica turned them into a friable mass, cut off the breathing of the dark forces, and laid the foundation of the activities aimed at settling the new climatic and geophysical conditions all over the Globe. The ice of Antarctica will disappear, while the Arctic ices will melt away. According to the information form Galiya Kerey, the energy asteroid will blow up Antarctica, under which a three-layer soil will be opened up, uninhabitable for people.

It is common knowledge that over the last 5-7 years the ices of the Northern and Southern Earth’s Poles have been intensively melting, and more precisely they are fantastically quickly melting. Last year a giant iceberg has detached from the ice-shelf of Antarctica and begun drifting towards Australia. In addition, the ices of Antarctica are melting already from inside, while the scientists aren’t able to explain this phenomenon. 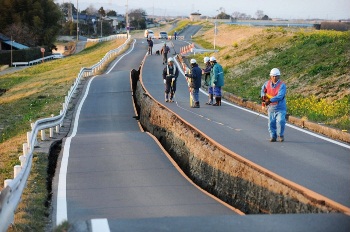 As it is known, the earthquake measuring the force 9.0 occurred on the 11th of March, 2011 in the North-East part of the Japanese Island of Honshu, triggered powerful tsunami waves, was recognized as the strongest one for all history of earthquakes’ observations. The epicenter of the earthquake was located in the Pacific Ocean, 129 kilometers east of the city of Sendai in Miyagi Prefecture, and 373 km (232 mi) north of Tokyo. The hypocenter was at an underwater depth of approximately 24 km. Within a shot period of time, several powerful earthquakes with a magnitude of over 6.0 occurred in the same area. The earthquake and tsunami caused extensive and severe structural damage that led to explosions and partial meltdowns at the «Fukushima-1» and «Fukushima-2» Nuclear Power Plants. Concerns about the possibility of a large scale radiation leak resulted in 30 km exclusion zone being set up around the Power Plant with the prohibition on flights over the station and the people living within a 20 km zone around Nuclear Power Plant being ordered to evacuate.

Some oil refineries were enveloped in fires. The death toll and number of missing people resulted from the earthquake and ensuing tsunami in Japan exceeded 17,200 people on the March 18th. This information is contained within the reports of the National Police Agency of Japan. The Agency confirmed officially 6,911 deaths and 10,316 people missing. But it is feared the final death toll will be much higher. The death toll resulted from the earthquake and tsunami occurred on the March 11th in one alone Miyagi Prefecture will exceed 15,000 people. 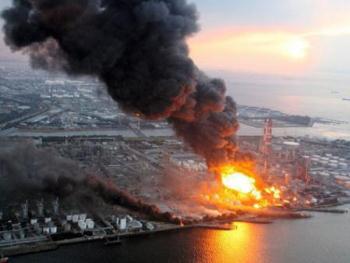 The emergency services, carrying out rescuing activities, continue to report about the new found bodies of victims. According to the experts, the most part of the people classified as missing, most probably won’t be found alive. At the same time, the authorities report that they are not able to establish communication with tens of thousands of people who were living within the coastal areas, undergone the tsunami impact. According to the Ministry of Internal Affairs and Communications, during the earthquake and subsequent tsunami about 100,000 houses were partially damaged, while over 6,300 buildings were completely destroyed. Around 850,000 houses located in northeastern Japan, were left without electricity. Over 446,000 people were ordered to evacuate the devastated areas. Western experts believe that the damage caused by Japan disaster amounts to as much as 15 trillion Japanese yens (over 187 billion U.S. dollars). Search and rescue operations are still on within the devastated areas.

In connection with Japan’s disaster, news got about that a devastating earthquake will be possible in Almaty. In order to clarify this situation we’ve addressed our questions to the bio-energy specialist Galiya Kazhgaliyevna Kerey. Here is the answer from Her: «There is no reason to associate somehow the disaster occurred in that insular country with Kazakhstan. In general, the rebirth of the primordial climate, fauna and flora, of the original reconfiguration of continents is occurring all over the Earth. As a result, unprecedented global natural processes, disasters and purifications take place almost everywhere, including Japan. At this rate, with that earthquake in Japan – the Earth’s axis being put back – the «holes» – fractures between the tectonic plates being mended. However, Japan won’t be destroyed, won’t be sunk, won’t disappear, and Japanese Nuclear Power Plants won’t undergo any serious catastrophe, as well as this country; the World won’t face the «Atomic Chernobyl». Even in such a destructive earthquake and tsunami the Supreme Powers protect from enormous number of victims as it happened in Japan in the year 1923. Japan will be restored.

The explosions occurred at the Japanese Nuclear Power Plants will change human society’s attitude towards nuclear power engineering as extremely dangerous one. Nuclear Power Plants should become a thing of the past, while already planned construction before 2020 of Nuclear Power Plant in Kazakhstan should not be carried out at all. As regards Almaty neither now nor in the future powerful earthquake will occur in our city: many tectonic fractures have been already eliminated, «mended». By the way, slight earthquake shocks, which sometimes occur in our region, witness this fact».