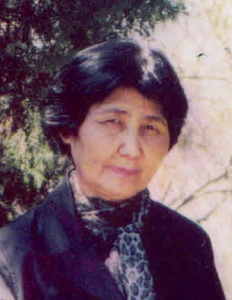 The Universe does exist eternally, it has no beginning or the end. Inside, there are different dimensions, forms of matter and countless numbers of cosmic worlds, while the material world perceived by humans is only a tiny particle of the Universe.

At the present time our Planet is undergoing the global changes which cannot be explained with available knowledge. Numerous predictions do not explain the real reasons of climatic changes in recent years. And in order to be able to explain them, the information of a quite different level and contents are necessary, other than speculations of scientists, climatologists and politicians.

Since 1992 the Bio-energy Specialist, Healer, Conductor Galiya Kerey, by means of bilateral information exchange, has been receiving the information from the Supreme Heavenly Powers about the Universe and the society without diseases, about climate change and the future of the Planet.

Currently the cosmic cycles’ change is occurring and a new era of human development is coming, in which people will live in beneficial climatic and economic conditions, and in which the time will lose its significance, while the morality will form the basis of a new civilization.

Over a long period of time Galiya Kerey has been collecting a vast amount of information, some of which are presented in the sections entitled «What the Moon and Galiya talk about» and «Articles».

This site was created for people in order to let them obtain the information about forthcoming changes and new life.

The World is on the threshold of Great Changes.